Why You Need To Use a Condom 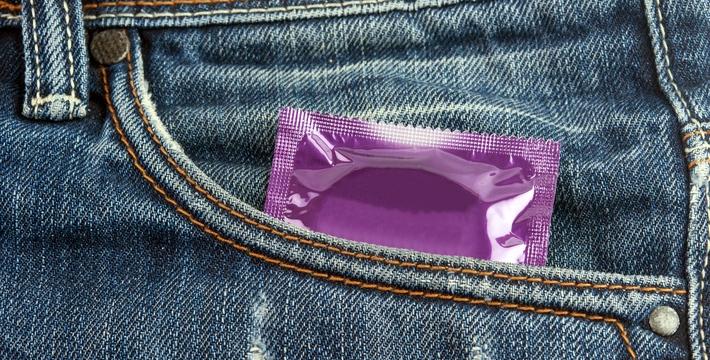 Sexual health is an important part of holistic wellbeing, and can have a major impact on physical health. Exchanging fluids and engaging in skin-to-skin contact is risky business – and condoms are still the most effective risk reducer you can use.

This is a no-brainer, right? Well, maybe not. Use of condoms is declining worldwide, and infections are on the increase [1] [2] [7].

So here's your reminder.

Sexually transmitted infections (STIs) are caused by viruses, bacteria, fungi, and protozoa that are generally – but not always – transmitted during sexual activity. These pathogens don't need you to be engaged in sexual activity in order to spread – it just happens that sex can expose vulnerable tissue to infected fluids, making infection easy.

Using a condom won't protect you against every STI, but it will reduce the risk of catching most of them [3]. Here are some things you might not know about how STIs spread, and why using condoms makes sense:

Mucous membranes are a type of skin tissue that is thinner and more permeable than the thicker, tougher tissue we generally refer to as “skin”.

Think of the soft tissue inside the mouth – that's the kind of skin that is made up of lots of mucous membranes. Other areas include the vagina, penis, urethra, rectum, as well as internal structures like respiratory passages. Believe it or not, most STIs can be transmitted through all of these areas.

Mucous membranes are soft and permeable because their job involves secreting mucus. This mucus traps infective pathogens and pushes them away from the body. While this is a great defence against infection, the permeability of this tissue makes it a great target for STIs [4] [5].

STIs all act differently and can live in different parts of the reproductive organs, mouth, throat, or travel into the blood. Some cause symptoms within a day, while others have long incubation periods, and some STIs lay dormant and never present symptoms. These infective bacteria, viruses, parasites and protozoa may be secreted from the body via urethral, vaginal or seminal fluids.

Because semen has a long journey from the prostate all the way through the epididymus and into the urethra, it can easily pick up pathogens on its way. Ejaculation can carry a lot of pathogens, but even pre-ejaculate can cause infection. Vaginal secretions and saliva also carry some STI pathogens. Direct contact between the penis and throat or cervix can cause infection, too. Depending on the type of pathogen, exchange of fluids or skin-to-skin contact allows these bad guys to jump between sexual partners. Once they make contact with skin tissue, the pathogen will attempt infection – most do this by first infiltrating the mucous membranes [5].

Wearing a condom creates a removable, replaceable barrier that STI pathogens are unable to cross.

NOTE: To make sex safer, use a condom on sex toys, too – fluids and blood from small abrasions can carry STIs between sexual partners. Chlamydia bacteria are small microorganisms that infect cells of the mucous membranes. The most common strain, C trachomatis, can infect cells in the cervix, urethra, uterus, and epididymus (a tube within the testicles) [8].
Symptoms: It most commonly presents with no symptoms which makes it easy to unknowingly transmit this infection, and when left untreated it can cause infertility.
If untreated: Can lead to pelvic inflammatory disease and infertility.

Gonorrhoea is a type of bacteria that infects the mucous membranes of the cervix, urethra, throat, rectum and penis glands [9].
Symptoms: Vaginal discharge, painful urination, and lower abdominal pain. The penis can become tender and painful during urination, and smelly discharge can occur.
If untreated: Pelvic inflammatory disease, or swelling and pain in testicles.

Hepatitis B is a highly infectious virus that can cause serious short-term and chronic illness [11].
Symptoms: Often no symptoms, but can cause fatigue, flu-like symptoms, and jaundice.
If untreated: Leads to permanent liver disease.

Human Immunodeficiency Virus (HIV) HIV attacks the body's immune system. While there are now effective treatments to help people with HIV to stay well for longer, there is still no known cure [12].
Symptoms: People with HIV can stay healthy for years. Common infections include respiratory illnesses and oral thrush.
If not treated: AIDS, and potentially serious illnesses leading to death.

Herpes simplex virus is also known as “viral warts”, herpes is transmitted from skin-to-skin contact and genitals can be partially protected by using condoms. There is no cure.
Symptoms: Flu-like symptoms and then painful urination, warts, cold sores, and blisters.

NOTE: Having a strong immune system may help to protect you against getting the common cold, but there is no evidence showing that a being fit and healthy is enough to fight off STI infection, particularly the highly infectious kinds. Condoms are the best way to reduce risk of infection when engaging in sexual activity. Fertilisation should be considered a possibility whenever you are engaging in penis-in-vagina sexual activity, whether you and your sexual partner believe both of you are fertile or not.

No form of prophylactic is guaranteed to be totally effective but condoms are one of the best. When used correctly, condoms have a 98% success rate as contraception, and this can go up to 99.9% when used in conjunction with other measures like the oral contraceptive pill [13].

Remember that pre-ejaculate can also contain some fertile sperm, so use the condom the whole time.

How To Use Condoms If regular sized condoms feel too tight, break often, or don't stay on, you may need to try a different size. When a condom is too big, it can easily fall off or allow fluids to get into or out of the condom. If a condom is too small can increase risk of breakage, or cause discomfort or irritation to the penis.

Most condoms are made of latex, but opt for the kind made with polyurethane if you have a latex allergy. Be aware that non-latex condoms are slightly more prone to breakage [15].

Use a new condom each time

Put it on early

For best protection, put on the condom at the beginning of sexual activity, especially before fluids or contact with genitals has occurred. Using more than one condom at a time increases risk of breakage [12].

Condoms are designed to be used with lubricant, and are at risk of breaking if there isn't enough lube. When in doubt, use extra lube.

Take it off carefully

Remove the condom away from sexual partners, and wash your hands after handling the used condom.