What is Coenzyme Q10? 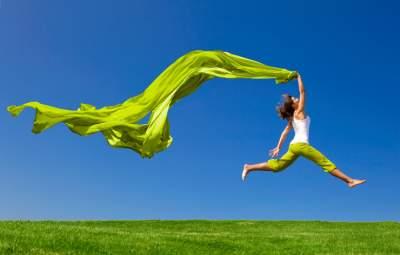 CoQ10  (short for Coenzyme Q10) is a compound naturally produced in the body that can also be consumed in the diet or in the form of supplements.

The body primarily uses it for energy production in the mitochondria (plural for mitochondrion) – these are the structures inside our cells known as the powerhouses of the cell, because they are responsible for nearly all the body’s energy production.

In addition to its role in energy production, CoQ10 also functions as an antioxidant, protecting our body against the damage done by free radicals, and slowing down the effects of ageing.

Who Should Take CoQ10 Supplements?

It is believed that a varied diet can provide sufficient CoQ10 to help prevent deficiency in healthy people. However, levels of CoQ10 in our body naturally decline as we age, and this may contribute to several chronic conditions such as diabetes, heart disease, and cancer.

If you are deficient, diet alone is not enough to significantly boost the levels of CoQ10 in your body. Research suggests that CoQ10 supplementation is beneficial for a variety of conditions that are associated with low levels of CoQ10, including: ​Heart disease. There is some evidence to suggest that supplementation of CoQ10 may improve heart function in patients with heart failure.

High cholesterol. Statins, the most widely used medications for decreasing LDL cholesterol, have been shown to reduce the production of CoQ10 in the body. It has been suggested that supplementation of CoQ10 may improve statin-induced muscle weakness.
Click Here for further reading

Cancer. Animal studies have shown that CoQ10 stimulates the immune system, and results from human trials suggest that it can protect the heart from damage caused by the chemotherapy drug doxorubicin. It is possible that supplementation may be beneficial for breast cancer patients undergoing chemotherapy.
Click Here for further reading

Parkinson’s Disease. CoQ10 deficiency has been reported in patients with Parkinson’s disease, and it has been suggested that supplementation may be associated with slower deterioration of function patients.
Click Here for further reading Huntington’s Disease. Mitochondrial dysfunction and oxidative stress play important roles in the mechanism of this neurodegenerative disease, characterised by a progressive decline in both psychiatric and cognitive functions. Supplementation of CoQ10 was found to slow down the decline and improve cognitive function.

People active in Sport. Active people can benefit from supplementing with CoQ10 to give those muscles an added boost. CoQ10 is essential for the electron transport chain in energy production. This is important particularly for heart health but also those other large muscles used for activity. Not only that, as an antioxidant it works with selenium to help regenerate vitamin E to prevent free radical damage. It also aids in recovery after sport.

Is it Safe to Take CoQ10 supplements?

CoQ10 supplements are considered safe and are generally well tolerated.

You may have noticed that CoQ10 supplements come in two forms, ubiquinone and ubiquinol. So what is the difference between the two?

Ubiquinone is the form that has been traditionally used in CoQ10 supplements and in the vast majority of studies. It is the cheaper form of CoQ10 and the most stable.

Ubiquinol is the active (reduced) form of CoQ10. The body converts ubiquinone into ubiquinol, so theoretically it means that taking ubiquinol is more effective as it is more readily usable and more easily absorbed.

Ubiquinol has been approved for therapeutic use in Australia since 2013, and because it costs more to manufacture, it is more expensive for consumers than the more conventional ubiquinone form. It is also more susceptible to oxidation and extra care is needed when storing it.

Many experts believe that ubiquinol is superior for your health; however, others claim that solid evidence is still lacking. If you are unsure which form to use, consult your healthcare professional. Meat, poultry, fish, nuts, soybean oil, and canola oils are the richest nutritional sources of CoQ10, while much lower levels can be found in most dairy products, vegetables, fruits, eggs, and grains.